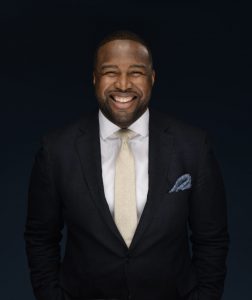 In addition to his responsibilities at CRC, Pastor Charles also has the privilege of serving as the Associate Dean and Partnering Professor at Alliance Theological Seminary in New York City. In 2017, he was elected to the Board of Directors for the Christian and Missionary Alliance denomination. Pastor Charles currently serves on New York City Mayor’s Sector Advisory Council for COVID-19, Brooklyn Community Board 17, the SUNY Downstate Medical Center’s Community Advisory Board, he is the treasurer of the 67th Precinct Clergy Council Inc. (The GodSquad).  Pastor Charles previously served as the chairperson of New York State Senator Kevin Parker’s Census Complete Count Committee, member of the District Executive Committee for the Metropolitan District of the C&MA, Co-Chair of the 45th Council District Committee in Brooklyn, NY, and as Vice President of the Association of African American Church of the C&MA.

The son of a preacher and pastor, Pastor Charles was raised in the Baptist and Pentecostal traditions, yet his journey has weaved him through many experiences from Mainline to Evangelical. He has served in ministries in Maryland, Pennsylvania, Harlem, Queens, and Brooklyn, New York.

Charles is married to his college sweetheart Flobien Vidal Galbreath. Together they are the proud parents of Charles Oliver Galbreath, Jr. (C.J.), Malia Marie Galbreath, and Grayson Alexander Galbreath.