I never thought I’d be a 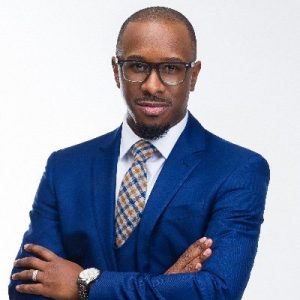 Pastor… I was studying TV and Radio Production @ Brooklyn College when I realized that God had blessed me with the talent to produce music. So, like most aspiring musicians, I hit the studio scene in New York. One connection led to another and I soon found myself in the studio with artists like Diddy and Wu-Tang. I watched their every move. I soon learned my way around a mixing console and was creatin’ body-movin’, head-noddin’ beats. But something just didn’t feel right. The Spirit was speaking to me; letting me know that my purpose wasn’t to create music and get a Grammy, but to represent Christ to my city. Energized with this new vision, I formed an Urban Gospel music ministry known as Bi-Faith. God opened some big doors for us. Our music was played on HOT 97, WBLS &, KISS-FM in NYC and over 200 stations in the U.S., Canada and Europe. We were featured on a popular compilation CD that was given to every athlete participating in the 2000 Sydney Olympics. And just as we were about to emerge onto a bigger stage, God shut it all down. At the time, I wasn’t completely sure why. As I approached 30, I became more and more restless… I longed for a deeper walk with Christ and a fuller understanding of who He is. One day, while watching Christian television, I discovered Dr. Dana Carson. There was something that God was saying through him that really resonated with me. A few years passed by and I realized God called me to pastor. Having maintained a long distance relationship with Dr. Carson, I decided to go to Houston to speak with him about this call in my heart. I remember walking into his study and as soon as I opened the door, he said, “I knew you’d be here”. Confirmation at last! This journey has led to my ordination and installation as the Pastor of The R.O.C.K. Brooklyn. I’m blissfully married to the lovely Latanya Straker and am proud to be the father of two bouncing boys, Louis III and Landon. Most of all, I’m overjoyed to be a servant of Christ and His Kingdom. I hope my musings inspire you to think differently about life and perhaps follow the One who lovingly lived and died to bring people back to God.