It’s a bitter cold morning in late January and pastor Gilford Monrose has forgotten his hat. Monrose is the president of the 67th Precinct Clergy Council, and he’s preparing to lead a crew of men and women of the cloth on an outreach mission to talk to East Flatbush residents about the central problem that plagues their neighborhood: its epidemic levels of gun violence.

The brightly colored “clergy response team” jackets issued by the city to the “God Squad”, as they are mostly known, were not designed for New York’s winter, but the team, which is made up of baptist ministers, episcopalian ministers, seventh day adventists and at least one rabbi, brave the cold regardless.

“There are too many young black men dying out here,” Monrose says in his rich Caribbean lilt, “and our work can’t stop because of the weather.” Read full story 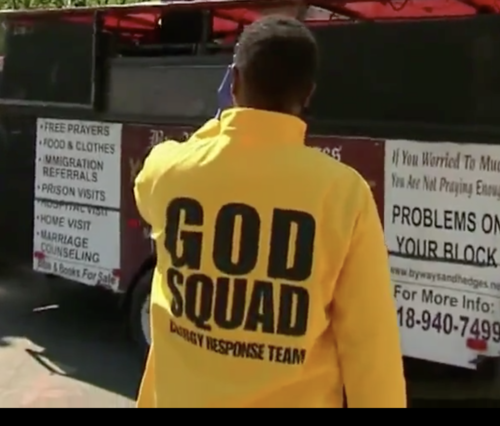